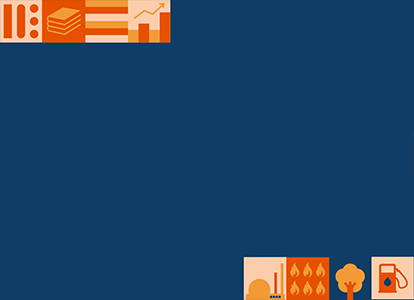 Energy for a changing world

For 38 years, Rio Oil & Gas has been Latin America’s largest business and knowledge platform for the oil, gas and biofuels industry. The next edition will be held between September 21 and 24, 2020, at Riocentro, in Rio de Janeiro.

Divided into exhibition, congress and parallels events, Rio Oil & Gas is the best place to be present with the main companies in the sector, to relate with leaders of the entire oil and gas chain and to develop new businesses.

Take this unique opportunity to give visibility to your technical paper. 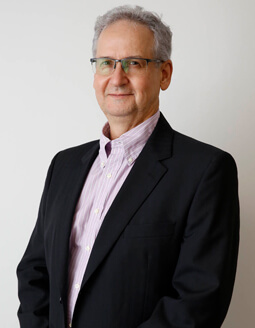 Fernando Borges has worked at Petrobras for over 36 years in the Exploration and Production area and has recently worked in the External Relations area of the Institutional Relations Department.
During his career, Mr. Borges held several Management positions, including Reservoir Manager in Campos Basin and Sergipe-Alagoas Basin, E&P-SUL Business Unit General Manager, E&P Production Engineer General Manager, Mexilhão Gas field Project Manager, Petrobras Bolivia E&P Director, Well Operation Services General Manager in Petrobras International Branch and Offshore Drilling Rigs General Manager for Petrobras E&P-CPM and General Manager of Projects Implementation in Libra. His last job was as Executive Manager of Exploratory Evaluation, Production Development and Investment Management of Libra.
Since April 2016, he has served as Director of the Brazilian Institute of Oil, Gas and Biofuels – IBP and of the Brazilian Association of Oil and Gas Exploration and Production Companies – ABEP, as indicated by Petrobras.
Fernando Borges graduated in Civil Engineering at the Federal University of Uberlândia. He also has an Executive MBA from the Federal University of Rio de Janeiro and an Advanced Management Program at INSEAD (France). In addition, he is the author of several works such as “Campos Basin – 25 years of Production and its Contribution to the Oil Industry”, “HPHT Severe Environment Training Test” and “Brazilian Deep Water Formation Test”.Design under Harsh Environment” and “Drill Stem Tests in Brazilian Deep Water”.. 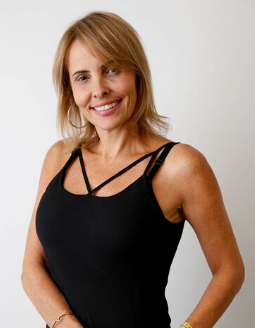 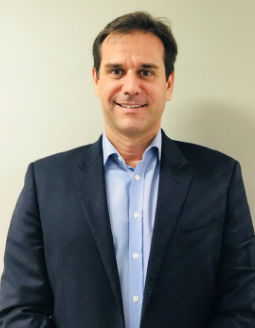 Cristiano Pinto da Costa has more than 20 years’ experience, 17 of them in the international gas and energy scene. He began at Shell in 1996 in the area of Lubricants. In 2000 he moved to London to take his MBA and began his international career at Shell working as a Business Advisor to the CEO of Shell for Gas and Energy, Manager of development of new markets and sales of LNG, General Director of Business Development. In 2013 he moved to Houston as General Director for LNG Ventures Américas – Trinidad & Tobago and Peru and afterwards worked in the Shell’s central group of Mergers, Acquisitions and Divestments. He returned to Brazil in March of 2018 to manage the interests of Shell in the production of BMS 9/11 including the fields of Lula, Iracema, Lapa and Sapinhoá. Cristiano Pinto da Costa is a Chemical Engineer through UFRJ, MBA at Cranfield School of Management and with specializations at Harvard, IMD and INSEAD. He is a Brazilian and British citizen, married and has two daughters. 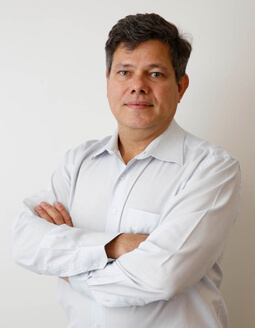 Edmar Almeida is a professor at the Institute of Economics of the Federal University of Rio de Janeiro, IEPUC Researcher and currently is non-Executive Board Member at Galp Energia. Since 1993, Prof. Almeida teaches in undergraduate and graduate (including MBA) courses focusing on the energy sector. He is active in research, focusing on the evolution of the oil, gas and electricity industries in Brazil and globally. Aside from its academic activity, Prof. Almeida has advised many government agencies, private and public companies, institutional investors and multilateral organizations.

Prof. Almeida graduated in Economics from the Federal University of Minas Gerais, Brazil (1992) and holds a Master’s Degree in Industrial Economics (1994) at Federal University of Rio de Janeiro, and a PhD in Applied Economics from the Institute of Energy Policy and Economics of the Grenoble University, France (1999). Prof. Almeida is the author or co-author of several books, academic papers and professional articles, and is a frequent speaker at seminars and conferences, both in Brazil and abroad. 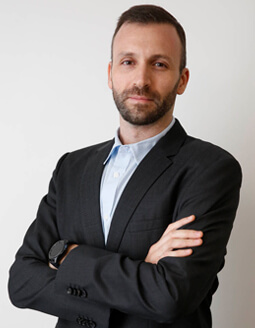 Felipe BaldisseraFelipe Baldissera is responsible for the commercial, contracts and business development area of MODEC (Mitsui Ocean Development & Engineering Co.) in Brazil since 2015. The company is the market leader in floating oil production units, currently operating 11 vessels in Brazil (FPSO/ FSO), which process more than 25% of the total production of the country.
He holds a BSc in Business Administration from the Federal University of Santa Maria (UFSM), and an MBA in Finance, Controller and Audit from FGV-RJ, both in Brazil. With extensive experience in the oil and gas market, besides MODEC has already worked in other companies in the sector including Petrobras. Has joined ABESPetro as a company representative since 2014, as fiscal council since 2018. 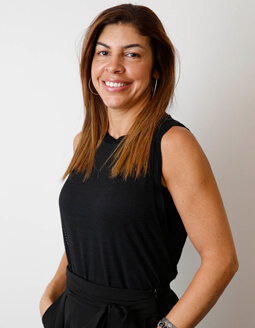 Chemical Engineer graduated from UFRRJ, with master’s degree from UFSCar in the same area and MBA in marketing management from FGV. Since 2014 holds the position of IBP’ fuels supply manager. 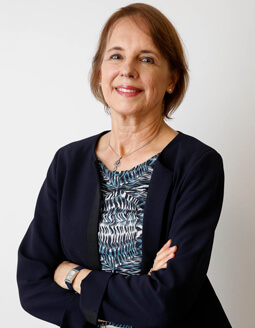 Isabel Waclawek is R&D Director of Total Brazil. She brings to the Group more than thirty years of experience in the O&G industry on multidisciplinary R&D projects between Europe and Brazil. During her professional carrier path Isabel has held various management positions in deep offshore developments, project management, business development and engineering. 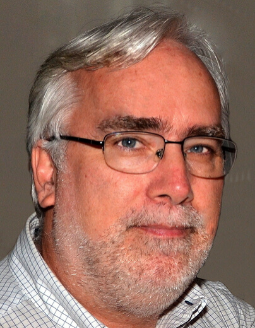 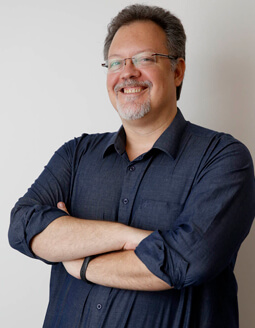 Lisandro Gaertner has been working with Knowledge Management, Training and Development and Organizational Learning for the last 20 years. Since 2003, he manages collaborative learning projects for the Oil, Telcom, IT, Public Security and Mining industries. Graduated in Psychology at UFRJ, he currently works as Commission and Knowledge Manager at IBP. 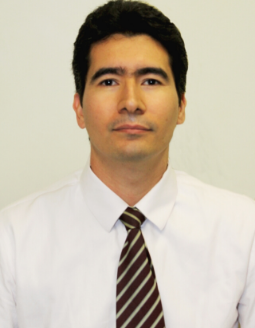 Marcelo Alfradique is the Deputy Head of Oil and Gas Department in the Energy Research Office – EPE (in Portuguese), which is a governmental body responsible for carrying out studies and research to assist the Ministry of Mines and Energy in elaborating the energy planning of Brazil. Marcelo Alfradique is a Chemical Engineer and he holds Master and Doctoral degrees in Technology of Chemical and Biochemical Processes from the Federal University of Rio de Janeiro. Dr. Alfradique has more than 10 years of professional experience in natural gas sector, having expertise in supply and demand analysis, LNG, simulation of pipeline infrastructure, technical and economic feasibility studies, gas to power, as well as market design and regulatory issues. 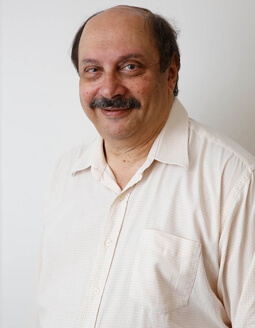 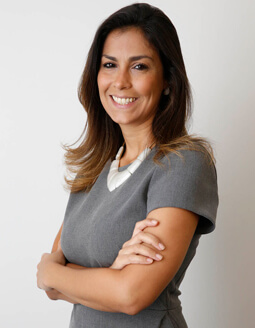 Since 2007 she has been with Brazilian Petroleum, Gas and Biofuels Institute – IBP – team, after 3 years working for Petrobras. In April 2014 She was promoted to the Technology and Innovation Manager at IBP.
She led IBP’s participation process in the ANP’s Public Consultation and Hearing, by the Technical Regulation regarding the application of resources from the Research, Development and Innovation investment clause in the O&G sector.
Bachelor in Chemistry from UERJ (Universidade do Estado do Rio de Janeiro) and Law from UCAM (Universidade Candido Mendes). MBA in Project Management from FGV (Fundação Getúlio Vargas) and in Leadership, Innovation and Management 3.0 from PUC – RS (Pontifícia Universidade Católica). 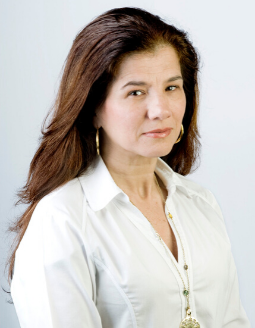 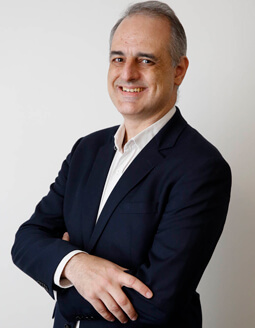 Pedro Alem Filho is, since Feb/2014, Executive Manager of Onshore, Shallow Waters and Industrial Policy at the Brazilian Institute of Oil, Gas and Biofuels (IBP). Before that, he worked as Executive Manager of Industrial Policy at the National Confederation of Industries (CNI), Director of Industry, Science and Technology at the Ministry of Communications / Executive Secretary of FUNTTEL (Telecom Industry Technological Development Fund), Coordinator of Strategic Programs at the Brazilian Agency of Industrial Development (ABDI), and Head of Planing Department in the Manufacturing Division at the Brazilian Innovation Agency (Finep).
As a representative of these institutions, he participated in different boards and committees, such as the Deliberative Board of the Brazilian Digital TV Forum, the Executive Committee of PROMINP and the Competitiveness Board of the National Industrial Development Program.
Pedro holds a bachelor in Civil Engineering (USP), MSc. in Production Engineering (COPPE/UFRJ) and MBA in Project Management (FGV) 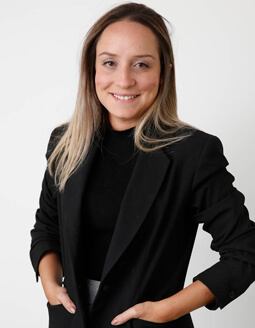 Raquel Filgueiras – MsC in Energy Planning at Coppe-UFRJ with a bachelor’s degree in economics from UnB – University of Brasilia. Her bachelor was followed by three years of experience on Brazilian public sector. At first, at SPE – Secretariat of Economic Policy of the Ministry of Finance, monitoring macroeconomic indicators and supporting Minister’s decisions on economic matters. Afterwards, she was invited to be part of a research group for analysis of micro-data concerning government investments and infrastructure at Ipea – Institute of Applied Economic Research, where she stayed for two years. Her master´s was followed by a three-year experience on consulting at QuestManager, implementing and managing projects for large-scale companies of various sectors including retail, energy, and communications. In 2017, she joined IBP´s Economic Analysis team, coordinating research, studies, modeling, projecting key indicators and scenarios for the O&G and energy sectors.

Theme
Check out the themes for this edition 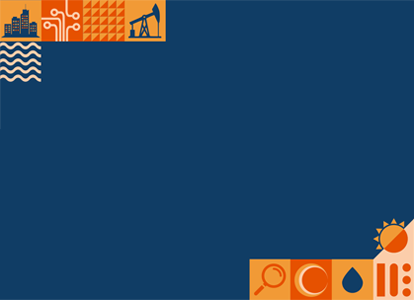 BLOCK I – EXPLORATION AND PRODUCTION >>

1 - What is the deadline for submitting extended synopsis?

The deadline for abstract submission is closed since March 15, 2020.

2 - How do I present my technical paper at the event?

If you already submitted an abstract for the event, please wait for the Technical Committee evaluation results on April 20, 2020.

3 - How do I know if my extended synopsis has been approved?

The approval of the synopses will be the responsibility of the Technical Committee, sovereign in its decision. The authors will be informed of the analysis of extended synopses after April 20th, 2020. Access to the author’s area will also be available on the same date.

4 - What is the deadline for sending the final text?

Once the extended synopsis has been approved, full papers (5-10 pages) must be submitted by July 19, 2020*, according to the instructions to be submitted by the organization.

5 - When will I know the date, time and format (oral or digital poster) of my presentation?

Authors will be informed of the date, time and form of presentation (oral or digital poster), after the end of the evaluation of the final texts and the review period, starting July 3, 2020.

6 - What are the ways of presentation?

Authors must choose the presentation form (oral or digital poster) and the final result will be defined by the Technical Committee, sovereign in its decision.

7 - What is the language of the event?

The languages of the event are Portuguese or English. Simultaneous translation will be available (English / Portuguese / English).

8 - Will my technical paper be published?

The technical papers included in the final program of the Congress will be published in the IBP Online Library, with ISSN registration. The final papers, adjusted to the norms of scientific publication, to be sent in the second phase (submission of the final text), and in the English language may also be indexed in international scientific bases. The Authors will also be able to compete for the Plínio Cantanhede award, given to the best technical work presented at an IBP event.

9 - I will present a technical paper. Do I need to register for the event?

Yes. In order for the approved paper to be included in the final program and published on a scientific basis, it is necessary that at least the presenting author of the project make the registration, within the deadline informed in the submission schedule.

Registration fees and information on how to register will be available soon by the event organizers.